By Friends of Meg & Sully

As many of you already know, this Sunday will feature Sully (aka BSA) and Meg’s (aka The Meguum) last BTSH games.

While it’s always sad saying goodbye to two friends, teammates, and captains (in this league and beyond), Sully and Meg, it’s been an absolute ride hanging with you both in NYC. Thank you for all the memories, laughs, and good times. I can’t wait to visit you both in Denver soon. Hopefully they have decent Alfredo sauce—for everyone’s sake. 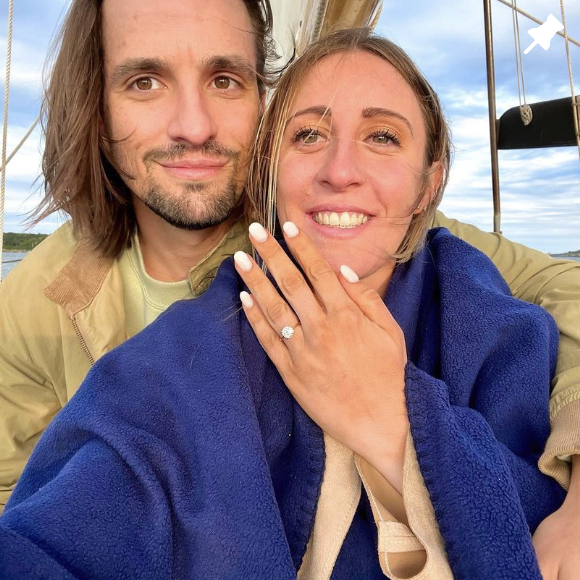 Here are some other folks who have some parting words for these two beauts:

Mikey: “Sully the embodiment of a Poutiner. Impossible to replace on and off of the court. His passion for the game, his teammates and his friends is off the charts and unmatched. I’ve been so lucky to have him as a friend for nearly a decade since I joined Poutine and I’m going to miss him dearly. Couldn’t be happier for him and Meg they’re perfect together and wishing them the best in Denver.”

Dicky: “Not even exaggerating, the only reason I ever actually played on a Sunday.”

McQuade: “The New York City hockey world won’t be the same without Meg and Sully. Seems like just yesterday I introduced Sully to the Poutine team through a weekend in Ocean City filled with unlimited Bud Lights, zero sleep, and his first ever Hockey Beach championship. Back in the city I brought him to his childhood house in Brooklyn, upstate to go skiing, and on countless beer-filled adventures in Manhattan. I can’t thank him enough for all he has done and the memories we’ve made.

In more serious news, Meg brought me to my first ice hockey team in Chelsea which included my worst ever loss—about 21-2—and made me question my hockey future. She is one of the best female hockey players I’ve ever seen but an even better friend and person. It sucks to see them go but I’m so happy for you both and know that our adventures won’t stop just because they’re moving across the country. Krista and I hosted them on their trip out to Denver and this is proof so we can come bother them in the near future when we want to visit (at least that part is true about mine and Sully’s relationship).

There’s no community like the street hockey community which is something I never pictured myself saying before I moved to Manhattan, and Sully played a huge role in getting me involved at the beginning. Miss you guys already but thanks for all that you’ve done!”

Frey: “I’ll never forget the first time I laid eyes on Sully.  The year was 2016, had short hair and appeared to be blackout drunk.  Someone told me he was “on Poutine” which sounded like the nickname for some drug I hadn’t heard of.  I don’t think he liked me very much.

I’ll never forget the first time I laid eyes on Meg.  She tried to ice someone at the D5 rookie party, hid an ice in her shirt, then fell over herself, causing the ice to fall out and giving the planet maybe the first self-icing that has ever happened.  Then she asked me for an over/under on how long of a kegstand she could do and I went with like 15 seconds which felt pretty generous tbh.  She went for 20 and was very proud of herself.  Less than an hour later she was violently throwing up in Jack’s soup pot and had to be escorted home immediately.  Despite that I still gave her female rookie of the year for that season.  Somehow, that pot remains in use at the patio to this day.  And as you may have guessed, the gentleman who escorted her home and made sure she didn’t just pass out on 2nd ave (which probably would have happened tbh) was none other than Sully.  Now on Saturday nights they watch random game shows and order insomnia cookies.  How far they’ve come.

Jack: “You can run but you can’t hide. Also please spend the extra money to get a couch with some decent sleepability.”

Pagsy: “Without Brian, I would have never been a part of the crazy community that is NY ball hockey. I’m grateful for the email all those years ago asking to play for a weirdly named team with a bunch of lunatics. Congrats to him and Meg on their engagement and best of luck to them in Denver where I’m sure he’s already scouring the free agent lists for his next ball hockey league.”