If Every Team was a Firework

What’s that? No games this week? That means it’s time for….FILLER CONTENT. Which firework each BTSH team is and why. Please leave all complaints by tagging Russo.

Firecrackers. These are The Hookers. Easy to light up (kind of like how Fuzz lit them up 8-1 last week) and tend to make a lot of noise (kind of like Lee). There’s so many different kinds that range from playful to deadly (like the M-80)—just like playing this team, have fun but watch out.

Smoke bombs- Fuzz are smoke bombs because they’re the only Suffolk County Police Department approved 4th of July “firework” (besides sparklers). Always fun to make a ton of smoke, but once it clears, you’re left standing going, “Now what?” I have it on good authority that smoke bombs are Hero’s preferred lack of fireworks anyways.

Fountains– MEGA TOUCH! Because if you Mega Touch a firework, your fingers are going bye-bye. Also, being one of the older teams age-wise in BTSH, Mega Touch must’ve found the FOUNTAIN of youth to continue to battle it out every week in close games. Bum dum tss.

Ground Spinners- A unique firework that stays on the ground and shoots sparks in a circular motion, Rehabs get this one for their O-zone passing. Easy to tire opposing teams out when you’re able to move the ball around the horn like they can.

Sparklers Gonna give this to the Rainbows. They’re fun, a fan favorite, and can burn you if you’re not totally careful. Also, no offense, but the team is getting a little OLD so the nostalgia of sparklers pairs nicely with the aging dudes on the team. Also this is Jess so you can’t get mad at me for saying it guys.

Poppers- The Demons. These things scare the shit out of me and people 1000% still use them to throw at each other like assholes. I don’t even consider these fireworks, just incredibly effective torture devices.

Roman Candles– It’s advised you avoid holding these while shooting them but we all know there’s plenty of dumbasses who only want to hold them and shoot them because iTs MoRe FuN tHaT wAy. And those dumbasses are Poutine.

Bottle Rockets- Bottle rockets are like a scarier version of roman candles. So it makes sense this goes to Fresh Kills, a scarier team with more Canadians than Poutine. Much like FK, bottle rockets are incredibly dangerous. And much like the FK Canadians once their green cards get checked by an anonymous caller, they’re also banned in several states. 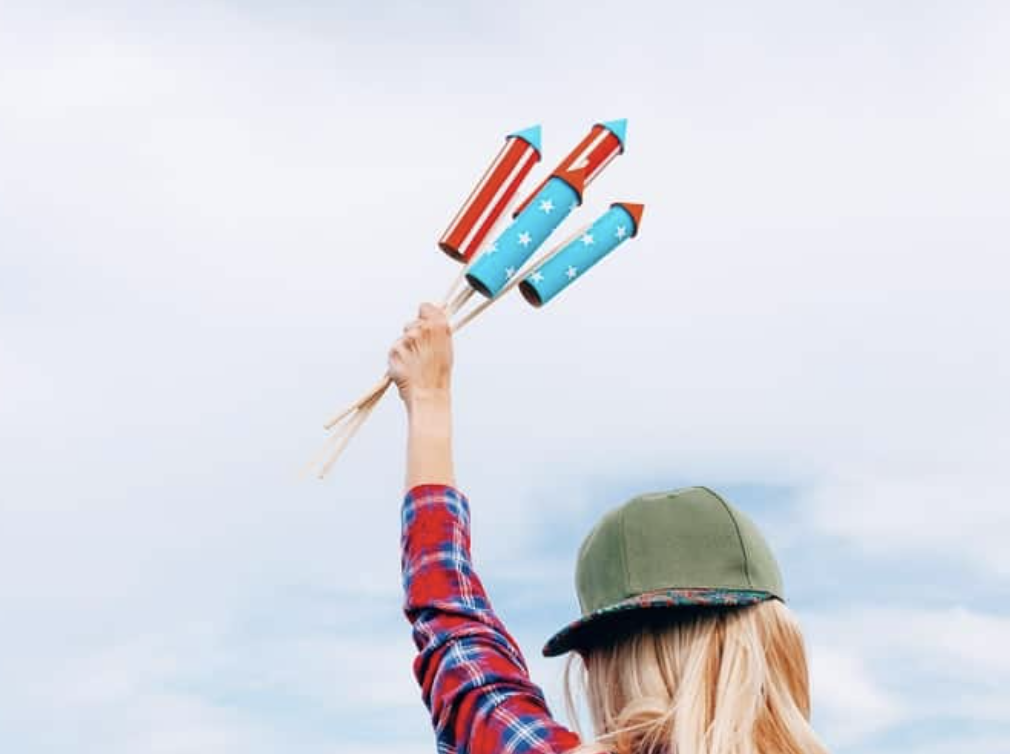 Parachutes There are multiple ‘fun’ and ‘safe’ fireworks in this lineup but I’m going to give this one to the Gremlins because the esteemed fireworks article I read said these were also ‘boring’ and…has anyone ever heard Walker drone on about a movie from the 80s? Salt boys and crew luckily make up for it and add to the ‘fun’ part.

Aerial Repeaters– Sky Fighters. Not only for the name, but these fireworks are a fun bundle of multiple, smaller fireworks that pack a punch (kind of like Emily). A backyard crowd favorite that usually makes for a good time.

Peony When people think of fireworks they usually picture a Peony, the convention big ass firework. Peonies are a crowd pleaser and usually get it done, much like Filthier. No frills but a big display of power.

Girandola What the Puck is a Girandola? These firework names are getting ridiculous. Girandolas spin up in the sky leaving a long trail in their wake. Just like WTP’s fast and cut-throat rise towards the upper divisions these past few seasons. 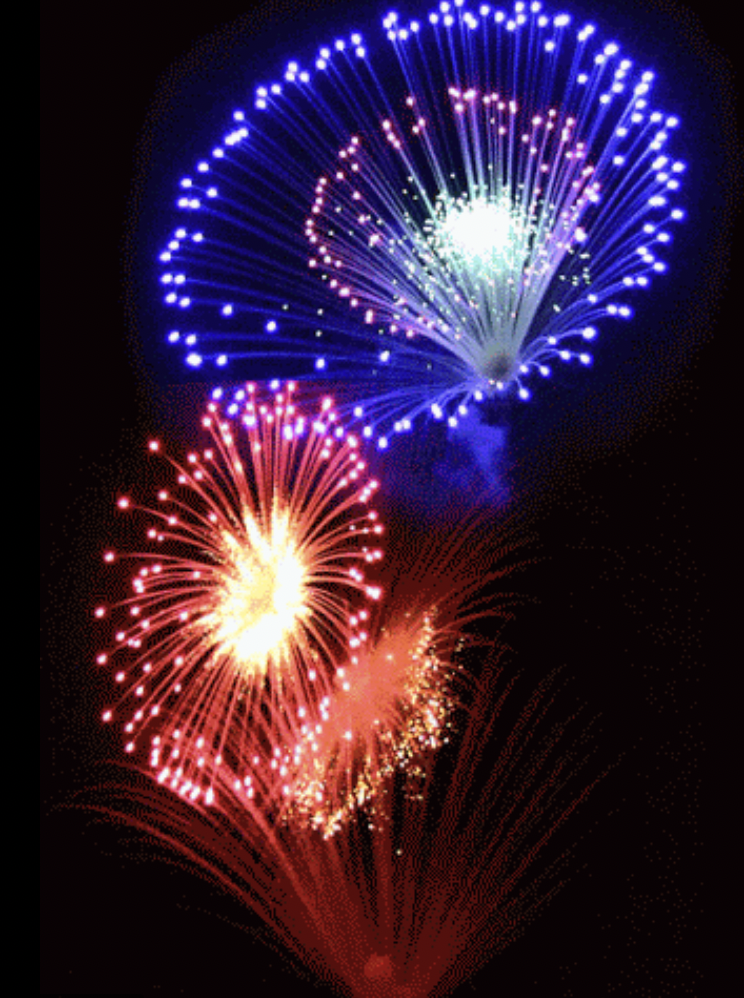 Chrysanthemum- A beautiful firework with a big bang, faded trails, and unique burst patterns, it sounds just like Riots. They embody all the ubiquitousness Tompkins has to offer, with skilled players, wily vets, and drink-you-under-the-table wildcards. Beautiful to watch, hard to replicate. 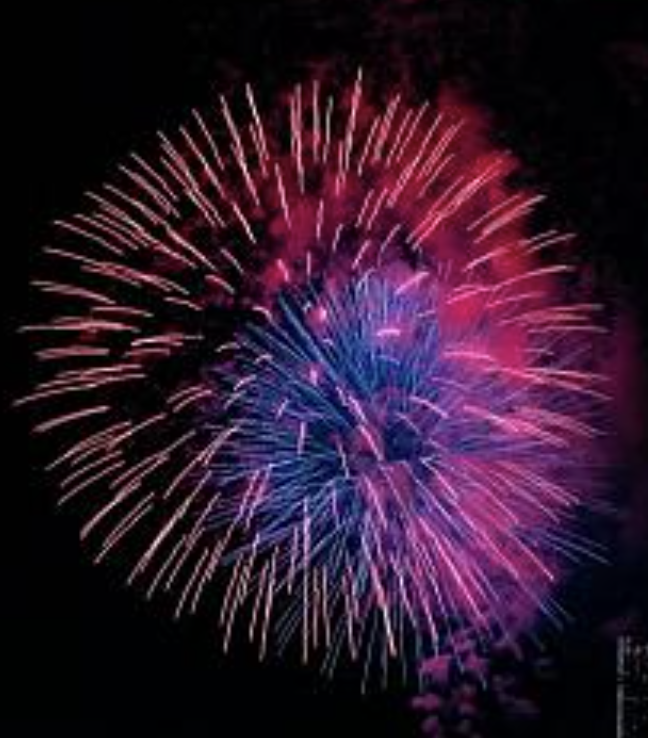 Flying Fish- Sounds like a Karate Move so Cobra Kai is “The Flying Fish”. These fireworks have colorful stars and resemble swarm-like movements of fish in the water. And the always colorful Russ would like everyone to know Liam had a hat trick in Week 1.

Comet- Anklebiters are the Comet because they’re out of this world!!! (I’ll show myself out.) But also, Probie is fast. Ta-Daaaa!!

Skyrocket- All of these firework names sound like they could be for Skyfighters. However, Skyrockets are so obviously the Butchers. Noted as a ‘great choice if you want to build up to a bigger display’, The Butchers always seem to build as the season progresses, being most dangerous in their final(s) form.