Jess: Demons are chihuahuas don’t @ me. “Oh but Jess, why wouldn’t you pick something more intimidating?” Have you ever dealt with a chihuahua? That’s the original hell hound.

Bad Seeds are the Komondor. Look, I don’t make the rules. But this dog seems pretty laid back, been around for a while, and like they’ve seen some shit.

Chihuahua wins against most dogs due to sheer insanity. Demons take it 3-0.

Dingle: This is Gremlins’ first dogged matchup of the day against the alway formidable Butchers. In the first of a few animated dog head-to-heads, Butchers are Kung Fu Phooey because I’m assuming there’s more than a 65% Walker had him on a lunchbox growing up.

Butchers on the other hand are Scrappy Doo. Not the star of the show (unless Scrappy had his own spin-off that I’m not aware of), but still a lovable centerpiece to a storied cartoon series.

Prediction: Gremmies squeak out a 4-2 win (empty netter by Marcella)

23andMia: This is the hypoallergenic battle of the day because neither team is anything to sneeze at. (Someone besides me or JW predict what’s going to happen. Or not, and just admire the cuteness of the labradoodle.)

Dingle: No need to fear…Underdog is here!!! But not actually. Sky Fighters win easily, 6-1

JW: I don’t know anything about dog breeds (nor care), but I do know about cartoon dogs. If we went by their name, the Butchers would be Butch the Bulldog, the nemesis of Pluto. But, they really aren’t at all like Butch (and the Rainbows certainly are not like Pluto). The Butchers are more like the Catillac Cats, a ragtag group who……live in a junkyard? Wait, this was supposed to be about dogs…the Butchers are like Santa’s Little Helper, in that they are incredibly loyal to their (Butchers) family. Also they once replaced Duffman as the mascot for Duff beer.

The Rainbows are like Michelangelo in that they are constantly eating pizza (did Baker’s finally close? Man I hope so.), and skateboarding. Wait, also not a dog. The Rainbows are also incredibly loyal to their (Rainbows) family, but I used that already. Ehh, what the hell, it’s true so I’ll use it again – The Rainbows are like Loyal Heart Dog the (famous?) Care Bear Cousin.

The Butchers get their first win of the season, 2-1.

CATT: thank you to Mega Touch for giving me a reason to research which dog breeds are the most mega to touch (i.e., fluffiest). After much research and thoughtful consideration, I am going to have to say that Mega is an Old English Sheepdog. I think one of the hard hitting articles I read put it best: “Despite its shaggy smiles, the sheepdog is a real worker on a sheep farm, where their herding abilities keep everybody in line.”

Meanwhile, the Bad seeds dogg-elgänger is so obvious it hurts, no research required: The Tramp. Despite the new name and logo (?Tramp’s collar), many of these players have been around (the league! Sheesh). Plus, I am willing to bet they would share a plate of spaghetti with a cocker spaniel. It all adds up.

Prediction: I suppose the Tramp would never lose. Sorry Mega, I predict you’ll be outfoxed by the seeds 3-2.

23andMia: Obviously, the Agents are super mutts, so mixed that identifying even one breed is difficult. But they are lovable and you’re never quite sure what you’re going to get!

Poutine is in first place looking back at other dogs. They are the border collie, known for stamina, drive and speed. They are prone to chasing cars and winning. Like against The Agents 5-1.

Glnzr: 2022 Fresh Kills is like the Junk Yard Dog, or JYD. They have all the talent in the world, but have yet to put it all together. Either way, JYD is both dog and wrestling royalty as he made the WWE HOF earlier this century.

Of course Karma are like the British Bulldogs. While of course Davey Boy Smith and The Dynamite Kid were cousins, Karma is all about family with a plethora of siblings playing.

Sadly, everyone is dead in these photos and I’m now depressed. I imagine both teams will forget to tell the other they each wear blue and everyone will be blue/depressed on Sunday.

If they play FK wins bc I envision Karma having terrible attendance, 5-1.

CATT: this is insane. We are obviously this dog. Win or lose, we look good.

CATT: TIL that Scooby’s full name is Scoobert Doo. Congratulations Riots. You are Scoobert. I bet in your downtime you assist haphazardly with the solving of all manner of whodunit mysteries! But on the courts you’re focused on having a good time and getting some good sprints in to practice keeping up with your owner. Success-adjacent, here for a good time: Scoobert Doo!

Demons are Clifford. Big, red, and slightly terrifying, but ultimately a staple of BTSH tradition.

Prediction: gotta give it to big red here. No chance Scooby can go toe to toe with the world’s largest dog! Ruh-Roh. 4-3 demons.

23andMia: Filthier is the dog who lost a leg when the leg moved to Texas. 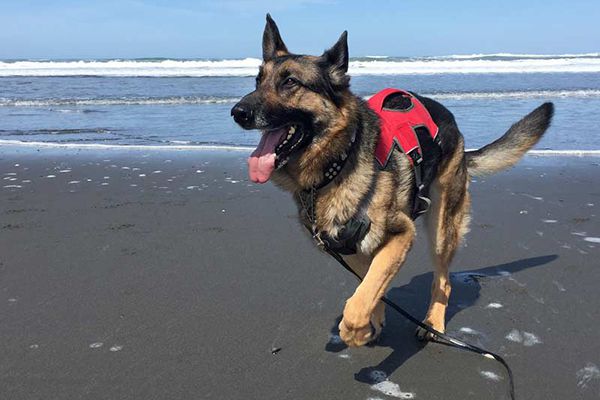 Llbs is a high prey dog, like the Samoyed. Being high Frey, I mean prey, they cannot help but hunt. They also have wills of steel. Lb,s 4-2

23andMia: Vertz are the American Eskimo Dog, hailing from the Midwest where it performed in traveling circuses throughout the 19th century. “Eskies” are known for being social and valuing family life.

23andMia: The Anklebiters are the American Staffordshire Terrier: they have an active lifestyle and thrive when kept occupied with physical AND mental challenges.

Pretty sure one or both would hump your leg. Vertz would stop after being distracted by a treat, but the Biters would grind like there’s no tomorrow. Biters 3-2

CATT: Vertz are the dogs of the ocean: dolphins. It’s on their jerseys. We all know why.

Dingle: No write-up. No predictions. Glnzr requested this to be a Hero appreciation post.

Plot twist: This match will be a dog fight (calm down, I mean as in fighter jets a la Top Gun).

Dingle: Playing off the “dog” and “fighting”, WTP are the infamous Red Baron while Cobra Kai are the live-action version of Underdog (I don’t know why I felt the need to include two Underdog references.)

I only know like two people who watched Underdog, and about a million who read/watched Peanuts. So edge to Snoopy/WTP, 5-3.